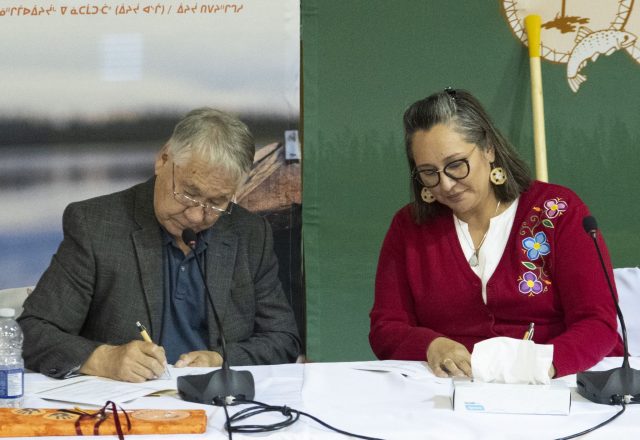 The Grand Council of the Crees (Eeyou Istchee)/Cree Nation Government and the Government of Canada signed a Memorandum of Understanding (MOU) to set out a framework for discussions to explore possible options for the recognition of the MoCreebec Eeyoud as a distinct Cree community in Ontario.

Certain Cree beneficiaries of the James Bay and Northern Québec Agreement (JBNQA) of 1975 or persons entitled to be enrolled as Cree beneficiaries have resided for many years in the Moose Factory/Moosonee area of Ontario. These Cree beneficiaries identify themselves collectively as the Cree community of “MoCreebec Eeyoud”. On November 22, 2017, the Grand Council of the Crees (Eeyou Istchee) confirmed by resolution its recognition of MoCreebec Eeyoud, represented by their elected Chief and Council, as forming the eleventh community of the Cree Nation of Eeyou Istchee. The Crees of MoCreebec have long sought their formal recognition by Canada and their establishment as a distinct Cree community in Ontario.

Cree and federal representatives have agreed to hold exploratory discussions on MoCreebec under the aegis of the Standing Liaison Committee established under the Federal New Relationship Agreement (2008), and guided by a MOU on process and scope of discussions relating to MoCreebec.

The Grand Council of the Crees (Eeyou Istchee)/Cree Nation Government and the Government of Canada will proceed in the spirit of mutual friendship and strive toward a common understanding. They will consider and respect provincial jurisdiction and will invite provincial representatives to take part in discussions, as needed.