Norman A. Wapachee is a member of the Cree Nation of Ouje-Bougoumou and is the first Deputy Grand Chief to be elected from Ouje-Bougoumou. 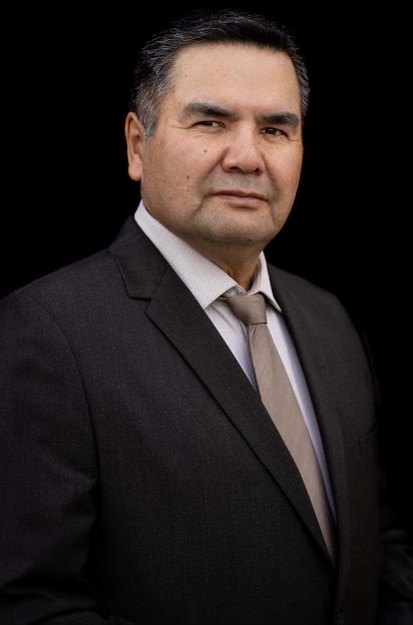 Mr. Norman A. Wapachee is a member of the Eenou community of Ouje-Bougoumou.  His elderly parents are Matthew Wapachee Sr. – a Cree hunter; and his mother, Maggie Matoush – a Cree artisan.  He and his Innu wife, Mrs. Anouk Raphael, have 10 children, 2 passed on, and 9 grandchildren.  They live in Chibou-Chibi situated on the family trapline.   In his early childhood Norman was raised and schooled in Mistissini where he spent the first 20 years of his life.  At the end of each school year, Norman spent a lot of time out on the land with his parents and grandparents.  In the early 90s, Mr. Wapachee was involved in community development in Ouje-Bougoumou. In the late 90s, Mr. Wapachee pursued and graduated from Aboriginal Law and Advocacy at Confederation college(s) and obtained his BA in Native Studies and Politics at the University of Alberta in Edmonton.

Upon his return, Mr. Wapachee worked extensively in public administration while working with former Grand Chief Dr. Abel Bosum and Ouje-Bougoumou Cree Nation Advisor (OBCN) Mr. Paul Wertman on OBCN’s political files. Mr. Wapachee is still an active Cree hunter out on the family trapline. ‘Let Us Give Our Land a Voice’ is his motto.  Certainly, we will not only hear Mr. Wapachee echo the voices of our ancestors but continue to protect and advocate Cree rights to ensure we not only acquire social justice but also play an instrumental role in environmental justice.

Norman A. Wapachee was elected in 2021 as Deputy Grand Chief / Vice-Chairperson.

X
Back to top